Our Top 5 Must Visits in Edinburgh For Whisky Fans

NextWhat’s on in Edinburgh this September

Scotland is renowned across the globe for being one of the world’s most well-known producers of whisky. Scotland is only a small place but as you travel across the country you will be only a short distance from distilleries where ever you may go. As whisky is so entwined with the Scottish culture we are home to some of the best whisky attractions and the Scottish capital is a great place for anyone who is either a whisky connoisseur or even someone who may simply want to learn more about it, well there is no better place to come than Edinburgh for whisky fans.

Our Top 5 Must Visits in Edinburgh For Whisky Fans 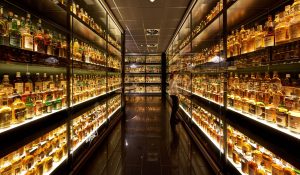 Take a sensational journey through a replica distillery, before your expert guide imparts the secrets of the Whisky regions. Finally, you’ll choose your perfect ‘dram’, and taste it in The World’s Largest Whisky Collection.

20 Languages, Child-friendly exhibits, and tailored tours, fully wheelchair accessible, Expert tour guides and whisky advisors are on hand throughout the experience to tailor-make your visit and ensure the enjoyment of every member of your party.

The experience blows away the myths about Scotch Whisky making it accessible to everyone. 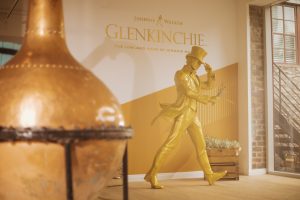 One of Scotland’s most eagerly-awaited visitor experiences is final here. In the heart of Edinburgh’s West End, the Johnnie Walker Princes Street in the former House of Fraser building. The world-famous whisky brand’s new visitor center and experience take visitors on an immersive journey through the brand’s 200-year old history whilst offering a range of world-class food and drink options across its eight floors. The exciting new attraction features rooftop bars, private dining areas, live performance areas, and modern sensory tasting rooms, alongside tours and tasting experiences. 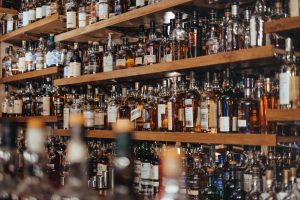 Edinburgh has an amazing history that is soaked in the whisky industry. Andrew Usher, a whisky blending pioneer, gave the city a magnificent concert hall bearing his name, and the Shore in Leith is populated by many a converted warehouse. There is even a new distillery creating whisky in the city centre – Holyrood Distillery – the first single malt distillery in the heart of Edinburgh for nearly 100 years. Here’s our list of the top 10 bars to enjoy whisky in Edinburgh: 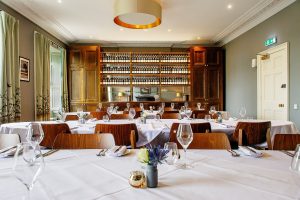 The Scotch Malt Whisky Society was founded in Edinburgh in 1983 and is a membership organisation that bottles and sells single cask, single malt whisky. It purchases individual casks from more than 140 malt whisky distilleries in Scotland and throughout the world, bottles them, and retails directly to its members. It also runs three private members’ rooms in the UK and in several international locations. 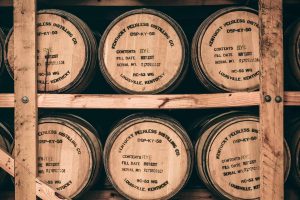 Ok, we are not just home to some of the best whiskey producers but also Gin, craft beer as well a vast selection of other drinks.

Whether you’re a whisky, gin, rum, or beer fan, or simply interested in the magical science behind the process of brewing and distilling, there are numerous places in the city you can visit as part of a guided tour (and sample a few glasses!). Here is a list of some of the best in the city:

The first single malt whisky distillery in the city centre in almost a century, Holyrood Distillery opened in 2019. Situated next to Holyrood Park, the 180-year-old railway goods building has been thoughtfully renovated as both a whisky and gin distillery.

Although not a distillery itself, The Scotch Whisky Experience is a five-star visitor attraction on Edinburgh’s Royal Mile tells the tale of Scotland’s national drink and is well worth a visit.

15 miles from Edinburgh is Glenkinchie Distillery, one of the Four Corners distilleries of Johnnie Walker. Visitors can experience an incredible scale model to show the process involved in whisky making, a state of the art visitor centre, as well as a range of tours and classes.

Get an insight into how small batch gin is made at the Pickering’s Gin distillery in Summerhall – the first exclusive gin distillery to be established in Edinburgh for over 150 years. See how their hand crafted small batch gin is made, find out more about the botanicals used and sample the gin at different stages in the distilling process. The tour lasts 90 minutes and is a must for any gin fan.

Visit the Edinburgh Gin Distillery to indulge both the mind and the palate in all things gin. Nestled in the heart of the city, beneath the stairs at 1a Rutland Place, in the dramatic shadow of Edinburgh Castle, discover more about Edinburgh’s historic gin heritage and explore this atmospheric working distillery.

Founded in 2017, The Secret Garden Distillery is housed in the Secret Herb Garden on the outskirts of Edinburgh and in the shadows of the Pentland Hills. The garden has over 500 naturally grown and tendered varieties of herbs, many of which are used in the production of their own gins.

A dedicated gin bar, 56 North Bar opened in 2008 and now also has a working distillery which makes South Loch Gin.

Currently based at Tower Street Stillhouse, Port of Leith Distillery are in the process of building a new distillery next to The Royal Yacht Britannia and Ocean Terminal.

Sip Antics specialize in small and personal gin school classes from their bespoke private micro distilling room in the heart of the city.

Learn about the historic significance of brewing in Edinburgh’s Grassmarket with Cold Town Brewery.

Whether you want to pick their brewer’s brains on brewing science or gain an insight into the more creative process of designing beer recipes and flavours, Stewart Brewing offers both.

Are you a fan of whisky? Well if so then you will not want to miss this year’s National Whisky… 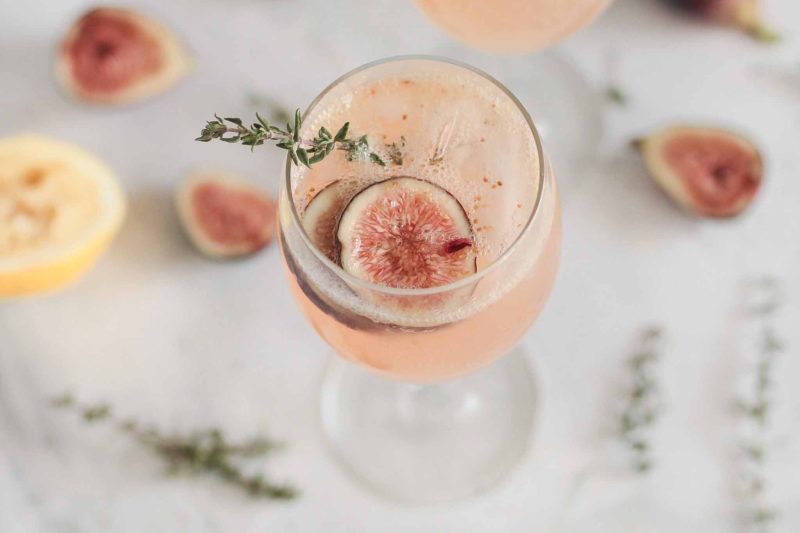 Edinburgh Cocktail Week returns this month between Monday the 11th to Sunday the 24th of October. This year it has…

What’s on in Edinburgh this September 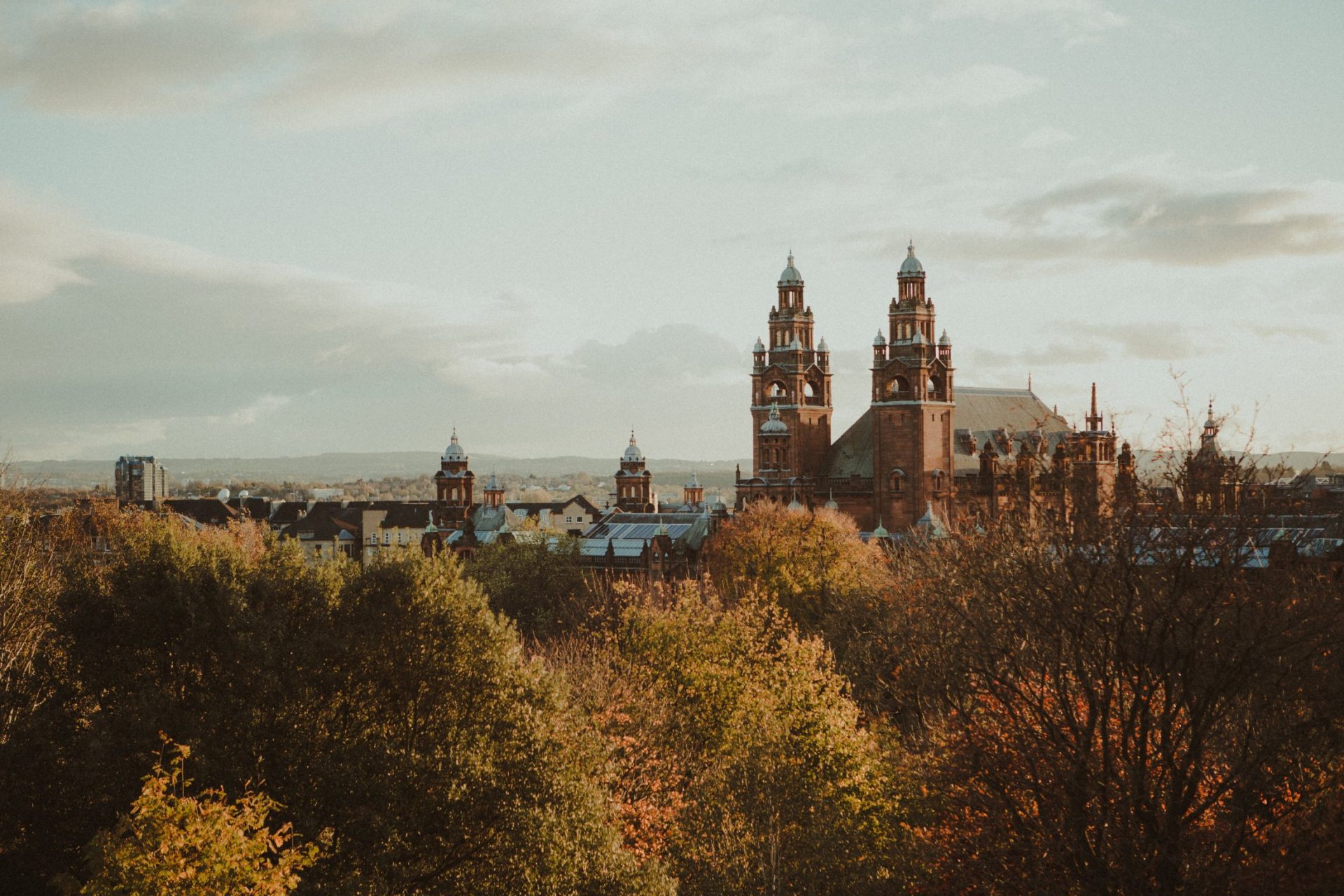 This website uses cookies to improve your experience while you navigate through the website. Out of these, the cookies that are categorized as necessary are stored on your browser as they are essential for the working of basic functionalities of the website. We also use third-party cookies that help us analyze and understand how you use this website. These cookies will be stored in your browser only with your consent. You also have the option to opt-out of these cookies. But opting out of some of these cookies may affect your browsing experience.
Necessary Always Enabled
Necessary cookies are absolutely essential for the website to function properly. These cookies ensure basic functionalities and security features of the website, anonymously.
Functional
Functional cookies help to perform certain functionalities like sharing the content of the website on social media platforms, collect feedbacks, and other third-party features.
Performance
Performance cookies are used to understand and analyze the key performance indexes of the website which helps in delivering a better user experience for the visitors.
Analytics
Analytical cookies are used to understand how visitors interact with the website. These cookies help provide information on metrics the number of visitors, bounce rate, traffic source, etc.
Advertisement
Advertisement cookies are used to provide visitors with relevant ads and marketing campaigns. These cookies track visitors across websites and collect information to provide customized ads.
Others
Other uncategorized cookies are those that are being analyzed and have not been classified into a category as yet.
SAVE & ACCEPT
Book Your Stay
Check In
26
10
2021
Do you have a promo code?
Yes
No
Why Book With Us?